Visit the Cave of St Ignatius near Montserrat 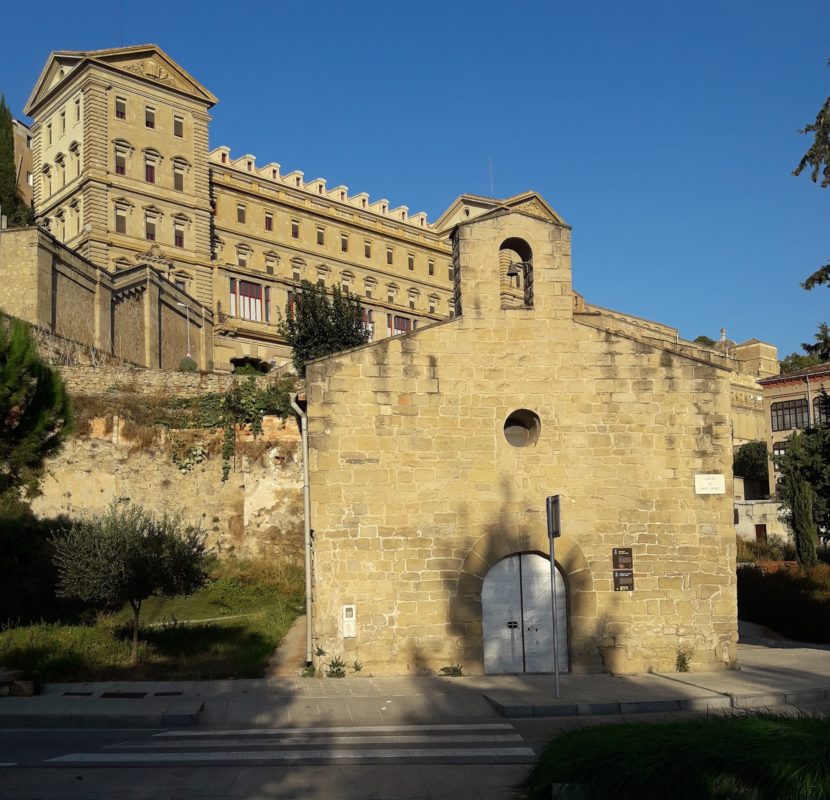 THE CAVE OF SAINT IGNATIUS OF LOYOLA AND MONTSERRAT

If you are reading this post, you must be interested in knowing how you can visit the Cave of St. Ignatius of Loyola near Montserrat, where the saint spent a year of his life and wrote The Spiritual Exercises, the basis of the Jesuit doctrine.

This mystical cave is located in Manresa, 66 km away from Barcelona, and very close to the Montserrat mountain and Monastery.

MANRESA is the town where San Ignacio de Loyola or Saint Ignatius of Loyola settled and remained for 11 months in 1522. He was fascinated by its beauty, its location by the Cardener river, and the kindness of its inhabitants who took care of the poor pilgrim who had walked down Montserrat wearing sandals.

There are several universities in Manresa, as well as textile and metallurgy industries, and agriculture. But above all, what makes this town attractive for visitors is its JESUIT HERITAGE.

If you have plenty of time, you can reach Manresa by train. The train ride (line R5) takes about 82 minutes, and once you get there, you have a 15-minute walk up to the cave. Train times can be found on the official website of Ferrocarils de la Generalitat.

Íñigo de Loyola (1491-1556) was the youngest of a family of 13 children. As a young man, Íñigo had a great interest in military exercises. He joined the army at seventeen and took part in many battles without suffering any serious injury.

But in 1521, at the Battle of Pamplona, a cannonball wounded one of his legs and broke the other. He had to rest. Religious orders ran hospitals in those days, and the reading material available for patients tended to be selected from scripture or devotional literature. This is how Íñigo came to read a series of religious texts on the life of Jesus and the lives of the saints.

While in recovery, he underwent a spiritual conversion; he abandoned his military life and devoted himself to working for God, following spiritual leaders such as Francis of Assisi.

After his recovery, his desire to make a pilgrimage to Jerusalem grew. On the way, he overnighted at Montserrat, where he experienced a vision of the Virgin Mary and Jesus. The next day, he left his sword, gave away all his fine clothes, and dressed in rough clothes and sandals. He walked down the mountain and arrived at Manresa, where he stayed for 11 months.

His stay in Manresa was to mark his destiny as well as that of the city and its inhabitants.

HOW TO GET TO MONTSERRAT?

If you go to Manresa to see the Cave of St Ignatius, you should definitely also go to Montserrat.

Montserrat, located about 20 km from Manresa, is visited every year by 1.5 million visitors, mostly for its geological beauty and its spiritual and historical importance. If you have never been there, it is worth going as it is so close to the cave. We recommend visiting Manresa first and then the Monastery of Montserrat.

You can reach Montserrat on your own, coming from Barcelona or Manresa. You take the train (line R5) to MONISTROL DE MONTSERRAT and then you have two options to go up the mountain to reach the Monastery:

However, it can be difficult and stressful to coordinate the timings to visit the two places on one day via public transport as you will have to change transport a few times. Although it is possible, it is a little complicated. Depending on the time of year, the frequency of transport can be quite limited. Also, the sunlight in summer and low temperatures in winter make it difficult to reach these places by public transport.

At Skip the Line Barcelona, we offer you a comfortable way to visit the cave of San Ignacio de Loyola in Manresa and Montserrat on the same day. Instead of wasting hours searching and planning train schedules, you will enjoy the in-depth knowledge of one of our official guides, and you will travel comfortably in a private vehicle that will pick you up and leave you at your place of stay.

IMPORTANT FOR SOLO TRAVELERS TO MONTSERRAT:

If you want to visit the Cave, but the price of the chauffeured tour exceeds your budget, we can arrange a visit for you using public transport; it will take longer but if you’re happy with that option, please send us an email to info@skipthelinebarcelona.com.

Here you can see and BOOK our Montserrat and Cave of Saint Ignatius TOUR.

SCHEDULE TO VISIT THE CAVE

Please find below the visiting hours for the Cave of Saint Ignatius if you would like to make your own way there, but we are always on hand for advice:

Sundays and days of precept: at 12 o’clock celebrating the Eucharist.

To finish, if you’d like to know more about the Jesuits in Catalonia, we encourage you to watch this video, “Jesuïtes a Catalunya,” you will learn about the stay of Saint Ignatius of Loyola in Manresa. Enjoy!