Let’s not forget what Gaudí said about not being able to finish the construction himself.

“It is not a disappointment that I will not be able to finish the temple. I will grow old, but others will come after me. What must always be preserved is the spirit of the work; its life will depend on the generations that transmit this spirit and bring it to life.” A. Gaudí

Is the Sagrada Familia under construction since 1882?

Yes, dear friends, we are still working on the construction of the Sagrada Família.

It all started back in 1866 when Mr. Josep Maria Bocabella founded the Catholic Association, “the Devotees of Saint Joseph.” A few years later, they began to campaign to construct an Expiatory Temple dedicated to the Holy Family.

They bought a plot of land in 1881, and in 1882, under the direction of the architect Francisco de Paula del Villar, construction began. Mr. del Villar resigned one year later, and this was when everything changed. The Association then chose as the new architect a young man called Antoni Gaudí i Cornet, who would devote around 43 years of his life to this unique project.

While he was building all the other fantastic projects that we can see in the city, he always had some time for the Sagrada Família, and for the last 12 years of his life, he worked almost exclusively here.

He was able to finish the Crypt, the apse wall, and one of the façades (the one you can see in the picture).

All Barcelonians above the age of 30 have clear memories of the church without a ceiling or an inside structure. 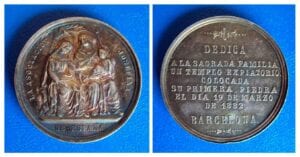 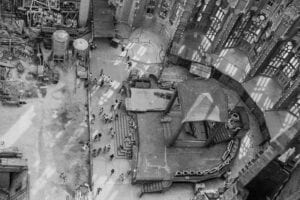 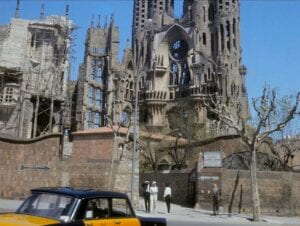 Gaudí died in 1926 without having finished the whole design, and 10 years later, at the beginning of the Spanish Civil War, his workshop was completely burned out, and most of the paper plans that he kept there were lost. Luckily, some information and plaster models survived.

In 1954 work began on the construction of the Pasion Façade, and the most important date in the 21st century was November 7, 2010, when Pope Benedict XVI consecrated the church.

Most of the work is now focused on constructing the 6 towers on the rooftop of the Basilica. And according to the architects in 2026, once the architectural part of the Sagrada Família is complete, there will be an incredible 540-foot tower representing Jesus in the central part of the church. 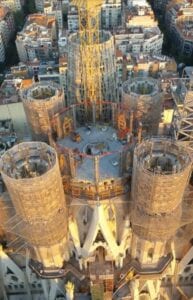 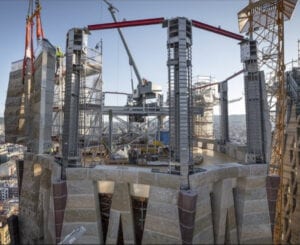 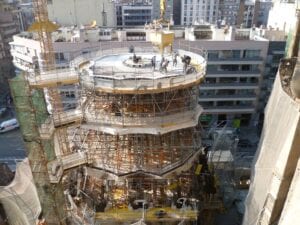 Check out our Private tour inside Sagrada Familia here!

Enjoy this video about LIFE inside the Sagrada Família over a whole year.