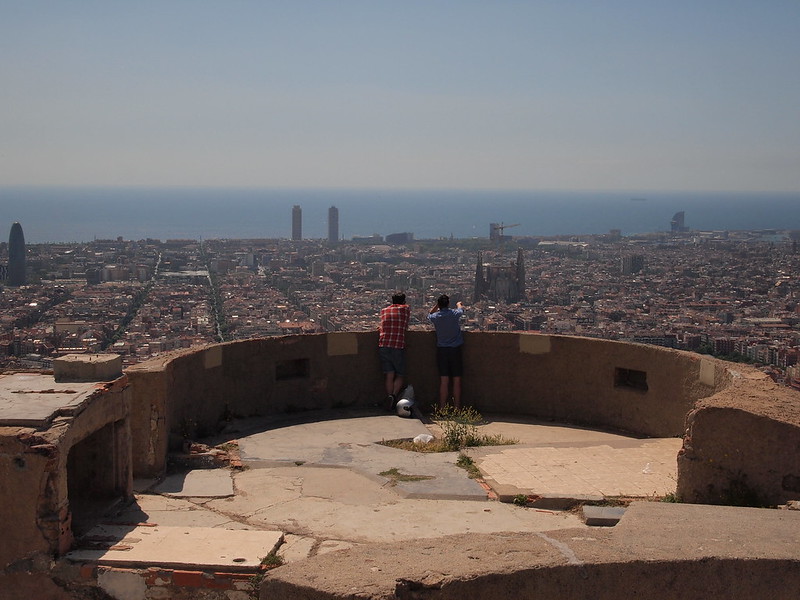 The unexpected success of the Bunkers

In recent years we have noticed how some customers have asked us to include the Bunkers del Carmel in their visit to Barcelona. At first we were very surprised since it wasn’t a very well-known or typical tourist place. But we discovered that the area had gained fame, especially among young visitors, who saw it as an “authentic” and alternative option outside the normal tourist circuits.

But what turned it into a place of pilgrimage for young couples was the success of the film “Tengo ganas de ti,” based on the successful novel by Federico Moccia and starring Mario Casas. The film was shot in Barcelona in 2010, and some scenes were filmed in the Bunkers del Carmel.

The Bunkers del Carmel are recommended by many YouTubers and bloggers, and they now rank among the top alternative spots in Barcelona.

For this reason, we have decided to dedicate this post to the popularly named “Bunkers of Carmel.”

But first, you should know that… these are not real bunkers!!

They are actually the remains of an anti-aircraft battery built during the Spanish Civil War to defend Barcelona from attacks by fascist aviation.

Where are the bunkers del Carmel?

They are located in the Carmel neighborhood, on the Turó de la Rovira, at a height of 262 m. This neighborhood is geographically situated in the center of the city, and due to its height, has become an exceptional viewpoint offering 360-degree views of the city. The views of Barcelona from up here are unquestionably spectacular. 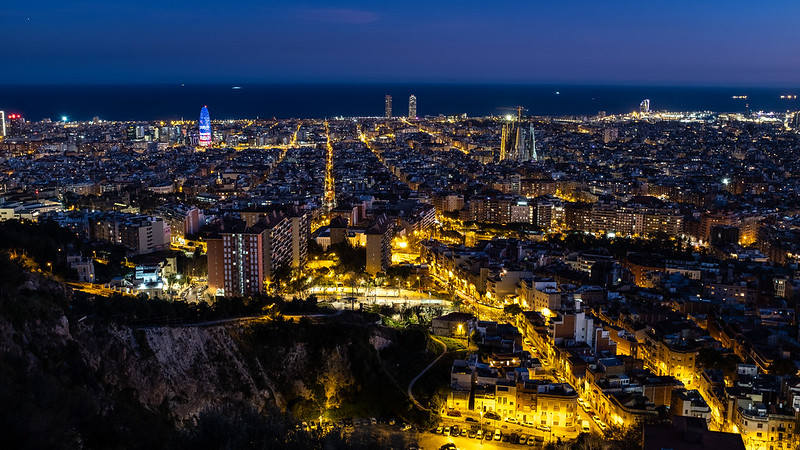 History of the bunkers del Carmel

During the Spanish Civil War (1936-1939), the Republic found in Turó de la Rovira the ideal location to locate an anti-aircraft battery, which was essential in the defense of Barcelona and to neutralize the attacks of the Italian Legionary Air Force and the German Condor legion, allied to Franco’s army. The TARGETS OF THE BOMBINGS were factories, maritime ports and railway stations, power plants, strategic communication routes, in short, everything that would help weaken the Republic’s regime.

The bunkers were built in 1937 and came into operation on March 3, 1938. There were other anti-aircraft gun batteries located in the coastal area, for example, on the Montjuic hill and in the Poble Nou neighborhood.

The BATTERY was equipped with 4 Vickers anti-aircraft guns, with a range of between 4,000 m and 13,000 m, which allowed them to cover the entire city and create a barrier to aerial fire to make access difficult for attackers.

-Pavilions for officers and for the troops

Barcelona has the sad honor of being the first major city in history to be bombed from the air massively and systematically. It suffered about 200 bombings, and although the precise figures are unknown, it is estimated that around 2,750 people died as a result, and some 7,000 were injured. There is no doubt that without these defense systems the number of victims would have been much higher.

After the war, the anti-aircraft batteries were dismantled, and the guns were evacuated and disabled to prevent the enemy from taking them. The place was used in the 1940s to build a neighborhood of barracks and shanties called “Els Canons” (The Cannons), inhabited by humble families, mostly from the south of Spain, who could not afford to purchase homes. The shanty town came to have about 110 shacks and 600 inhabitants. Thanks to its people and the Carmel Neighborhood Association’s efforts over the years, they had electricity, drinking water, and essential services such as dumpsters, public toilets, and a school for adults.

What started as a provisional settlement lasted about 50 years. It was not until Barcelona was declared an Olympic city that the City Council sought and offered solutions to this neighborhood’s disadvantaged inhabitants and other shanty towns in the city.

The site is currently home to the MUHBA (Museum of History of Barcelona), offering interesting information on the ancient and recent history of the Carmel “Bunkers”. It has become an exceptional viewpoint of Barcelona.

How to get to the Bunkers del Carmel

It is not easily accessible by public transport and involves a 15-25-minute walk uphill.

The closest metro stations are Alfons X on the yellow line and El Carmel on the blue line, followed by around a 20-minute walk.

If you are near Plaça Catalunya, you can take bus number 24, which also goes to Park Güell.

If you are interested in visiting the bunkers with us, do not hesitate to contact us. We can combine it with a visit to Park Güell, which is not very far away. If your passion is history, we can offer you a historical Spanish Civil War tour in Barcelona.