HOW LONG DOES IT TAKE?

WHAT IT IS NOT INCLUDED 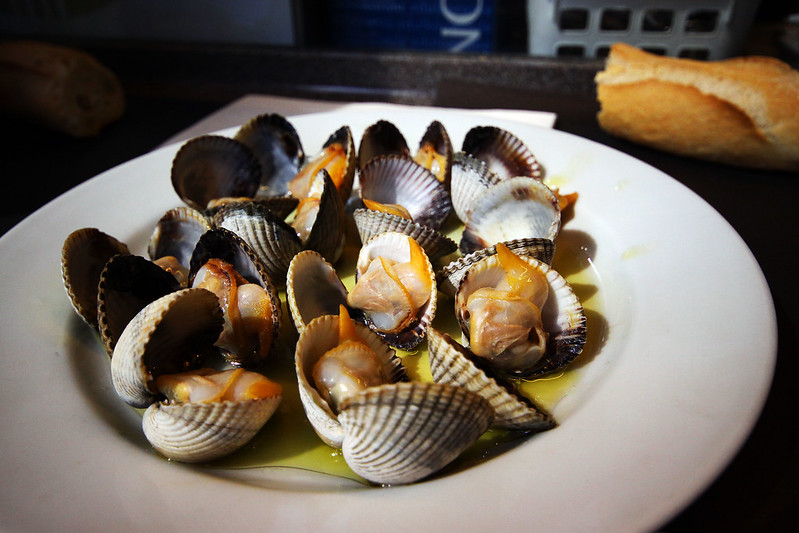 This is a shorter tour to show you some of our favorite gourmet stores and markets in the city.

Did you know that Barcelona has more Michelin-starred restaurants than almost anywhere else in the world? Michelin is a French guidebook of the world’s best restaurants and hotels. The first edition was published in 1900, and nowadays, being awarded one, two, or three stars can catapult a restaurant and a region to global fame.

On the Gourmet tour, you’ll understand why Barcelona’s restaurants deserve such lavish acclaim.

Starting at the Boqueria Market, you can enjoy a “Spanish knife & fork breakfast” at Pinotxo’s, a favorite spot of the most famous chef in town, Ferran Adrià. The owner and his family are some of the nicest people we know, and their love for what they do is an inspiration to all of us.

The variety and quality of the fruits, vegetables, fish, seafood, and the traditional Spanish “jamón” are just incredible; you won’t want to leave!

Next to the Boqueria is the Escriba bakery, which makes some of the finest and most delicious cakes and sweets in town. They have other stores in the city and an excellent restaurant by the beach where they cook amazing paellas and, of course, mouthwatering desserts.

Walking through the old town, we’ll show you some more unique gourmet stores that are great places to buy delicious presents for friends and family, including one of the oldest stores in the city, “Casa Gispert,” a landmark known for its 160-year-old oven, where they still toast almonds! We will also recommend some fantastic places to eat around the neighborhood. If you want to know a bit more about tapas, read our blog post here